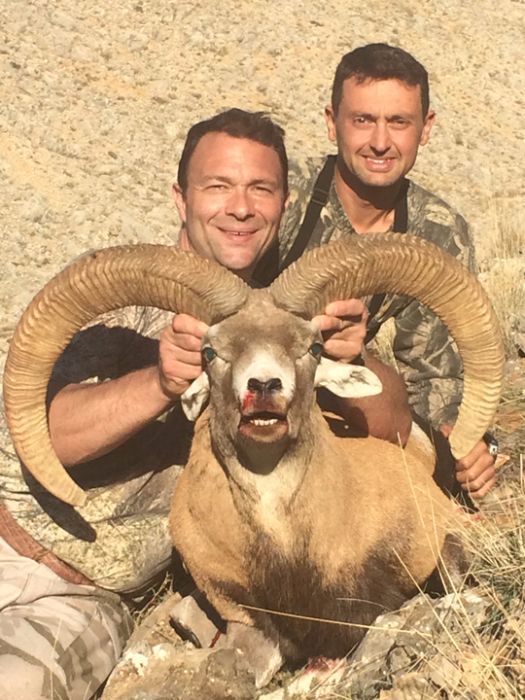 The symbol of our company"Konya Sheep" was hunted first time in Turkey in 1989 by Safari Tours.The name of Konya is coming from the unique city where we can find this original magnificent animals which it has a population around 2.500.We hunt this nice animals in Konya City in Bozdag Mountains.

Since 2010 just 7 sheeps are hunted in Turkey and 3 of these hunted by Safari Tours.The name of our hunters who hunted these magnificent sheeps are Pete Papac(EU,en 1989),Hubert Thummler(Mex,en 2007) y Walter Page Mays(EU,en 2007).We hunted all sheeps in OPEN AREAS not FENCED.And we are the one who organize the first Konya Sheep hunt.